Pav bhaji recipe is a famous street food of Indian cuisine, It is a spicy buttery vegetable gravy served with dinner rolls. The word Pav is an Indian word that means dinner rolls and Bhaji means vegetable gravy. If you want to try Indian street food, then you can prepare this full of aroma recipe in your own kitchen. You can purchase dinner rolls for this recipe from a nearby store or you can make them on your own.

Firstly, take a wide bowl and add all pav ingredients into it. Then add plain flour, salt, instant yeast, powder sugar, and milk powder. Then mix them all using your hands or a spatula. 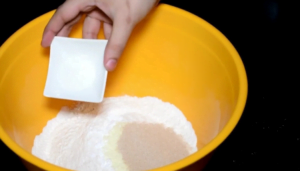 Then gradually start adding water into the dry batter, and give it a good mix. Keep mixing with hands until a soft dough is formed. Then add butter and again knead the dough using your hands. Then cover the bowl and let it sit for 15 minutes at room temperature, so the dough will rise. 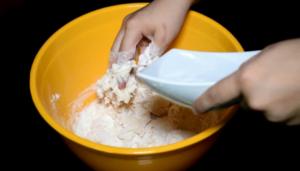 Secondly, take out the dough from the bowl, and knead it again for a minute. Then start making rolls from the dough. You have to take a handful of dough and then roll it to make a round-shaped ball. Similarly, make as many rolls as you can make from the dough. 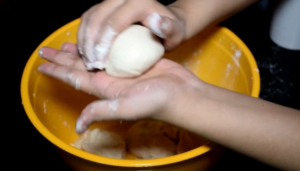 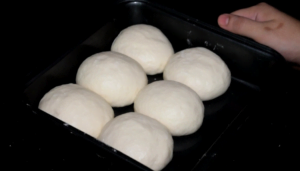 Once the rolls are baked. Then take them out from the oven and let them cool on a wire rack. Then cut them into two halves, and set them aside for later use. 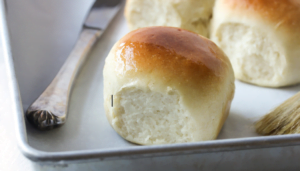 Firstly, take a wide cooking pot, and fill it in half with water. Then let it boils for 2-3 minutes. Then one by one add vegetables to the pot. Start by adding cauliflower, peas, potatoes, and carrots. Put the lid on the cooking pot and let them boil for 10-15 minutes or until all the vegetables are soft enough to mash. 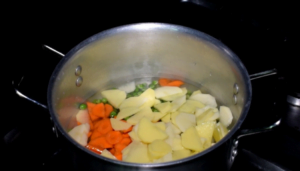 Once the vegetables are soft and water is evaporated from the cooking pot, mash the vegetables using a potato masher. Then take out the mashed vegetables into a bowl and set it aside for later use. 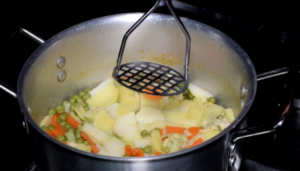 Take another pan and put butter into it, Let the butter melt on low flame. 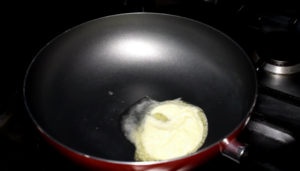 Then add chopped onions into melted butter and saute it for 2 minutes. 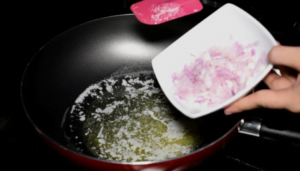 Then add cumin and ginger garlic paste into sauteed onions, and let them saute for a minute or until it changes color to a golden brown. 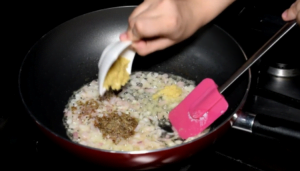 Then add chopped tomatoes into the pan, and let them cook for 5 minutes or until softened. You can cover the pan with a lid so that the tomatoes will cook with the steam. 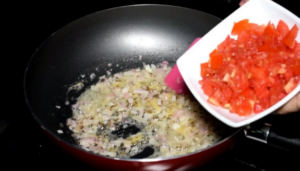 Then you have to add capsicum and green chilies into the gravy. Give them a good mix and let them cook for a minute. 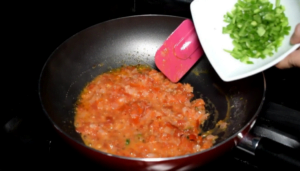 Once the gravy is well cooked, make Pav Bhaji masala by adding spices. Firstly, add red chili powder, then add turmeric powder, salt, fennel seeds powder, coriander powder, garam masala powder, kasoori methi, and amchoor powder. then mix them all together using a spatula, and let the spices cook in the gravy for 2-4 minutes. You can mash gravy with a masher at this point. 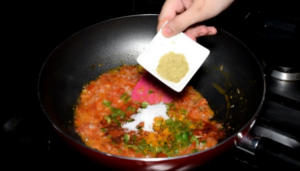 Once the gravy is ready, add mashed vegetables to the gravy. Mix the vegetables so that they are well covered with gravy. 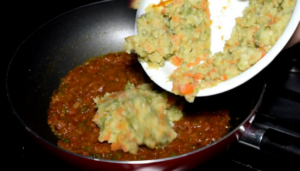 Finally, add 2 cups of water into the Bhaji and let it cook for 10 minutes on medium flame. Then Garnish with fresh coriander and turn off the flame. 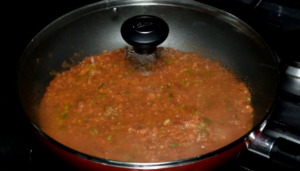 In the last take out Bhaji Masala into a plate and serve it along with freshly baked Pav. You can also add chopped onions, tomatoes, and green chilies along with Pav Bahji. 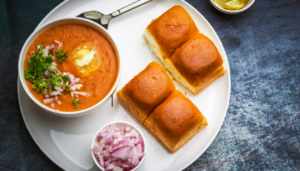