Pakistani cuisine is famous for sweet and spicy food, from delicious hot kebabs to sweet flavorful jalebi you can find every kind of dish in Pakistan. Potato is a staple food in Pakistani cuisine and it makes a great combination almost with every dish in Pakistani cuisine. If you are feeling hungry and want a quick and easy appetizer to satisfy your hunger, then all you need is potatoes. Potato cakes or potato patties are commonly known as Aloo Tikki, made with mashed potatoes. Spices are mixed with mashed potatoes to form a dough, the potato dough is shaped into a round and flat cake and then shallow fried.

Firstly, take half a kilo of potatoes and wash them thoroughly with tap water. Then using a peeler or knife, peel off the skin of the potatoes. Then using a knife cut them into two halves. 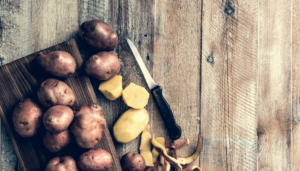 Secondly, fill a saucepan with water, and boil the water over medium flame, once the water is boiled then add diced potatoes into the saucepan. Then boil them for 10 minutes or until potatoes are tender. Then strain the water. 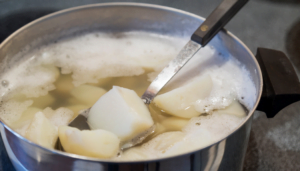 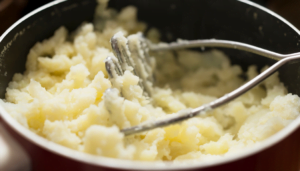 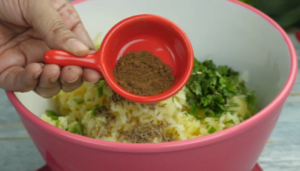 Then take a three by four cup of rice flour and add it to the mashed potatoes. Then mix them well until a soft dough is formed. You can use a spatula or your hands for mixing. Once the dough is ready, cover the bowl with lid and let it est for 15 minutes. 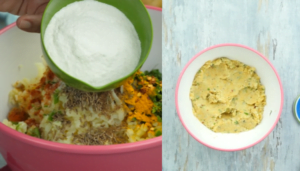 Finally, grease your hands with oil and  take a small amount of dough in your hands, shape it into a round ball. Then press the ball gently with your both palms to make it a flat round cake. Make potato cakes following the same techniques from remaining dough. 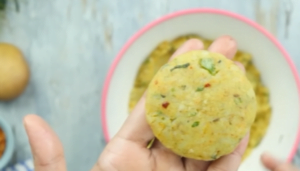 Take a frying pan and pour four tablespoons of cooking oil into it. Then heat it for a minute on medium flame. Once the oil is heated enough add prepared potato cakes into the pan and shallow fry them on medium heat until golden brown. Flip the cake and fry another side until it turn golden brown. 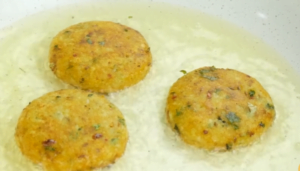 Once cakes are fried, dish them out on a paper towel, then serve them hot along with ketchup, mayo or any sauce of your choice. You can garnish potato cakes with lemon slices, mint, and coriander. For a more spicy taste you can sprinkle chaat masala on them. 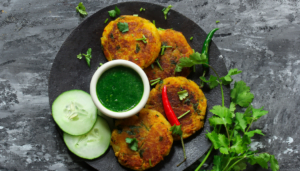 You can serve potato cakes as a snack with tea. Potato cakes are also a make and freeze recipe, you can freeze them in a ziplock bag and then fry them later. Once you had done making potato patties from the dough, put them in an airtight container and store them in the freezer.